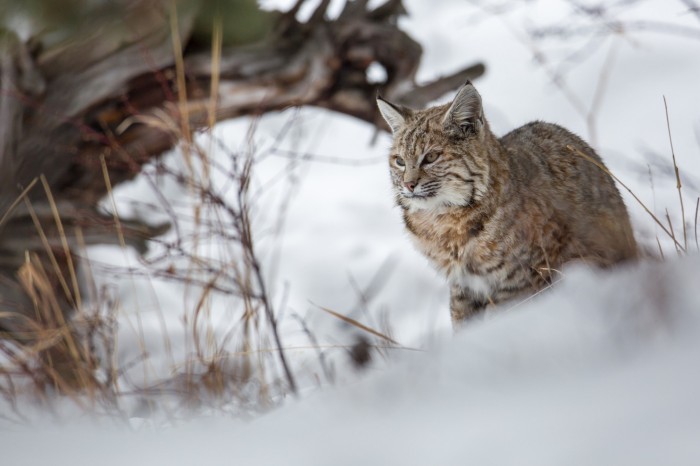 Wildlife watching is one of the big reasons why I chose to live the RV lifestyle. It seemed like protecting wildlife and the habitats they called home was a no-brainer. Not everybody thinks that way. Many see protecting wildlife and their habitats as a waste of natural resources. Wildlife could be hunted. Condos and shopping malls could be built on the “unused” land.

The argument goes that by selling high-priced permits to hunt large mammals states could make money and balance their budgets. The same was true for charging builders for permits, whereas protection of wildlife and unused raw lands were not only a drain on the economy but also a waste of those resources.

But Mark Elbroch, the puma program lead scientist for the global wild cat conservation organization Panthera, had a different idea. Since the anti-conservationists were using the economics of hunting and development to justify their position, Mark decided to dig into the numbers and see if they were correct from a purely economic argument. So he started contacting outfitters and photographers to tally up their expenditures and earnings.

“By crunching costs, from filling up a gas tank and guide fees to gear purchases and revenue earned from photo sales,” wrote Jason Bittel in July 13th Washington Post article, This bobcat brings in $308,000 a year.

“Elbroch and his colleagues found that the Madison River bobcat brings in well over a quarter of a million dollars each year. Their findings were published last week in the journal Biodiversity and Conservation.”

But tours leading photographers, tourists, and wildlife watchers to see this charismatic Yellowstone bobcat hunting ducks and other birds on Yellowstone National Park’s Madison River is not the way most budget-conscious bureaucrats envision making money from wildlife. Wyoming is one of 39 states that allows hunting and trapping of wild animals (which is mostly about selling pricey hunting permits to rich trophy hunters).  The profits to be made from this bobcat were “worth approximately $315.17.” As Bittel further points out, “Translation: A bobcat’s economic value depreciates almost 1,000 times the moment you put a bullet in it.”

There is also a concerted effort underway by the states surrounding Yellowstone and Grand Tetons National Parks to remove the Grizzly from the endangered list so they can issue hunting licenses for bears that wander outside the parks’ boundaries, largely because the Grizzly population has recovered from the brink of extinction in the wild. But that’s not the whole picture (simple solutions seldom are). The bear’s food system is collapsing according to Thomas McNamee in a New York Times article, The Government Is Now the Yellowstone Grizzly’s Biggest Threat. (Read the whole article to understand why).

Maybe another option for those of us who are conservation and sustainability minded wildlife watchers and photographers, beyond what may seem to us to be simple logic and the “right thing to do” could be to resist those who justify trophy hunting and development of wildlife habitats based on version of their economic value, would be to present alternate studies that illustrate the economic value of wildlife in the wild – without killing them and destroying their habitat.

2 thoughts on “What is the true value of wildlife and their habitats?”